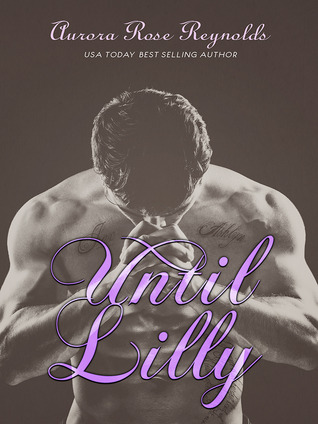 The Mayson brothers are back! Cash was sweet, hot and a source of quirky humor. Totally drool-worthy!

This is the third book of the Until You series, which follow the lives of four brothers who ultimately find their “Booms”! Yep, that is what their father calls it, when they find the one woman for them. We met Cash on book two; he is the youngest brother, a player just like the others immersed in a lifestyle of random hookups, never dating seriously. Until he meets Lilly.

The scene plays out while we read Trevor’s story, and we also find out how Cash leaves Lilly because Jules, one of his random hookups, gets pregnant (on purpose, of course). When I read that, I thought Cash couldn’t be dumber, but later on I understood. These men are loyal to the core, and Cash loved the child he created the minute he found out about it. Time goes by, Cash is now divorced from crazy ass Jules and one day he sees Lilly in a playground with her daughter… HIS daughter. Yep! The guy got two women pregnant within months and he had no idea  … coincidence? You need to read it to find out!.

When I first started to read the series, I couldn’t avoid comparing the writing style, plot and “sound” of each character to those written by one of my favorite authors. That particular point kind of bothered me at first, but, after reading the second and now the third book, let me say something: I don’t care! Yes, these books are similar and they make me remember parts of books I’ve read previously, but they have their own quirkiness and voice. You definitely can’t help falling in love with these overbearing, in-your-face, no boundaries, dirty talking alpha males!

This is a story about second chances. About a man that won’t let love go away again, and he will do everything in his power to keep Lilly forever this time (In a true Mayson boy fashion).

I loved Lilly, she was a sweet, strong heroine. She was also a firecracker beneath and kept up with insatiable Cash *grins*. The children were also very sweet, Jax and Ashlyn bond from the start and, the family dynamic that encompasses the whole story is adorable! They end up building something they should have from the beginning; Lilly takes Jax as her own, like a true champion. Obviously, it wouldn’t be a true Mayson family book without drama. Jules just doesn´t give up, and keeps pestering everyone to the brink of insanity.

Now, on with the “negative” or the things I found troublesome:

1.-The children’s ages: I don’t believe for a second they acted their age; the things they did, the way they spoke, were definitely fit for older children (I have a six year old so I remember how he acted in his earlier years).

2.– The mention of Cash’s tattoos, it was weird. Like they miraculously appeared. Nothing was said about when he did it, and were never mentioned by Lilly when she described him.

To conclude, I want to say that I recommend these books to all of you. I you like a story with strong alpha males, if you don’t mind such males to be demanding, overbearing and annoyingly sweet, go for it. And, if you are a (u know who) fan, then you can read these books while you go trough withdrawal, they help, a lot!!!

Looking for a Review? Search here!

Links to Offers and other cool stuff from Amazon

What Dali’s listening to…